Advances in HIV treatment over the past several decades have made HIV a manageable, chronic illness. The long-term nature of HIV means that long-term healthcare is also needed. HIV care is an ongoing process, with many healthcare providers, tests, medications, and check-ins, to make sure an HIV-positive individual is leading the healthiest life possible.

Who treats individuals with HIV?

There are several healthcare professionals that you may see in relation to your HIV care. An individual who is a “doctor” has either an MD or DO degree (doctor of medicine or doctor of osteopathic medicine). These individuals went to medical school and are licensed to practice medicine on their own. The MD or DO you see may be a family medicine doctor or general practitioner.

You can also see doctors who have specialized training. Infectious disease doctors are doctors who have received additional training in HIV care. There are also some obstetrician-gynecologists (OB-GYN) who may have experience and training with HIV care. However, your primary care provider does not have to be a doctor in the traditional sense. Nurse practitioners (NP) and physician assistants (PA) have additional graduate-level education and often see patients in primary care or other healthcare settings.1

In addition to your primary care provider or specialist who leads your HIV care team, there are other professionals you may want to consider including on your journey. Several of these include, but are not limited to:

Although an individual with HIV may need to undergo many laboratory tests to help guide their treatment and get more information on their health status, there are several tests that are specific to HIV. Several of these include:

Current clinical guidelines indicate that ART should be started as soon as possible after an individual is diagnosed with HIV.4,5 Some clinics may even start treatment the same day as diagnosis. HIV research in recent years has shown that the earlier treatment with ART is started, the better an individual’s overall health outcomes, ability to suppress the virus, and long-term CD4 counts will be.6-9

Starting ART as soon as possible and successfully suppressing the virus can also decrease the risk of further HIV transmission. Your healthcare provider will monitor your laboratory tests closely to determine how well you’re responding and if new treatment is needed. The best way to prevent treatment from failing is to take it as directed every day. This keeps the virus suppressed in your body and prevents it from mutating. When the virus mutates, it can gain resistance against a drug and the drug becomes less effective.

Other laboratory tests aside from CD4 count, HIV viral load, and HIV drug resistance testing that your provider may order before or during treatment to understand your overall health include, but are not limited to:

HIV can travel across the placenta (the tissue that provides blood and nutrients to the baby from its mother, and takes its waste away) during pregnancy and infect an unborn baby. A newborn baby can also get HIV during childbirth, when it is exposed to its mother’s blood or other HIV-containing bodily fluids. HIV may also be transmitted through breastfeeding. If a pregnant woman who is HIV-positive was unable to prevent HIV transmission, such as taking medications, there is about a 15-45 percent chance that she will pass the virus to her baby.

However, with appropriate management, this number can become 5 percent or less across the world, and less than 1 percent in the United States. Pregnant women will receive HIV testing when they first find out they are pregnant, as part of their routine prenatal care. If they are found to be HIV-positive, they will be started on ART as soon as possible and monitored accordingly.11-15

If a pregnant woman is HIV-negative but is at an increased risk of getting the virus, she may be tested again later on in her pregnancy. HIV generally does not impact the method of delivery, however, in some cases, a very high viral load may require a woman to undergo a cesarean delivery (C-section). If a woman’s HIV status and viral load are not known at the time she begins labor, she will most likely be tested before delivery.12,14,15 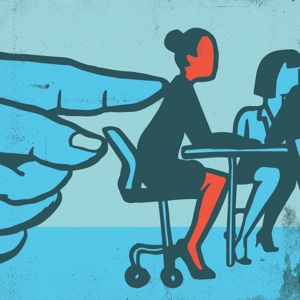 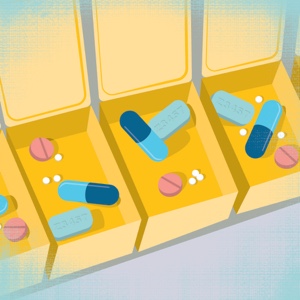