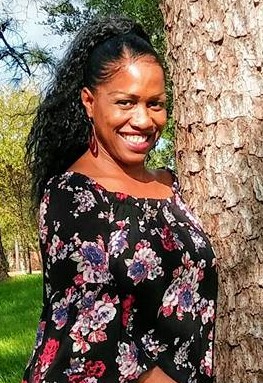 Davina Conner was diagnosed with HIV 22 years ago a mother of two beautiful daughters who are 18 and 28 years old. When she was pregnant with her youngest daughter, she almost aborted the pregnancy in fear she would be HIV positive. But because of an HIV specialist who convinced her otherwise, she gave birth to a baby girl who was born HIV negative. Davina was raised in a middle-class family but ended up a homeless teenager by the time she was 15 years old because of her parent's marital issues. She has also dealt with two abusive relationships, went through depression when first diagnosed and became an alcoholic to deal with the side effects of taking 14 medications (protease inhibitors) for HIV and became a sex worker. Davina gave up on life and gave up on feeling that she would even live.

Today, Davina is a powerful speaker and has a showed capacity for giving both information and emotion, enabling even the toughest person to make a connection with her humanity. Her podcast/media has reached many for the last 5 years educating by way of social media and community work clarify the impact of HIV criminalization, seeking to dispel stigma and address internalized stigma within people living with HIV.

Davina is an advocate/activist, speaker, radio host, a founding steering committee member of Prevention access campaign (UequalsU), an ambassador of U=U, a former Co-Chair of Positive Women’s Network USA’s Colorado Reginal Chapter, a 2020 Leading Women’s Society Alumni, and a former Denver HIV planning Council member. Davina’s podcast won the ADAP Social Media Campaign Award (ADAP Advocacy Association) in 2017 which is an annual ADAP Leadership Awards that recognizes individuals, community, government and corporate leaders who are working to improve access to care and treatment for people living with HIV/AIDS, In 2018 she was awarded the persistent advocacy award at AIDS Watch in Washington, DC and has also been featured in several magazines for her work.

Dee obtained her Associates Degree in Public Health and is now working towards her bachelor’s degree. She founded her own non-profit organization called Poz Haven Foundation that started out as grassroots advocacy and her nonprofit works mentors those newly diagnosed and individuals who are struggling mentally by way of telephone or in-home mentoring while bringing the often underrepresented voice of women of color and women living with HIV to the table. She’s one of 4 advocates that is in the first UequalsU campaign in the United States called Positive Series Campaign. Davina started advocating because of the stigma that many go through being diagnosed with HIV and is determined to work hard for women of color, trans women and all women with HIV. Davina’s podcast Pozitively Dee Discussion has been running for 4 years and Davina uses her show as a platform to educate individuals who are HIV positive and HIV negative. Davina feels that reaching everyone on all levels in all states will show others that HIV is not a death sentence at all and is very manageable. Standing for the rights of everyone no matter how they choose to live their life. We have one life to live so live it she says regardless of what people feel has hindered them they can move past it by working on themselves. Davina works to inspire, encourage and motivate others to live their best life and says once you change your way of thinking it gives you a different perspective in life and God then leads you in the way you should go.

Click here to read all of Dee's articles on H-I-V.net.

Not By Myself Anymore

Struggling Not to Be Weak