HIV needs to enter human host cells, called CD4 cells or T cells, to replicate. In order to enter into these cells, HIV needs to bind to the host cell surface and then fuse itself with the host cell to get inside. Fusion inhibitors block this step in the process, preventing HIV from getting into its target cell and replicating. 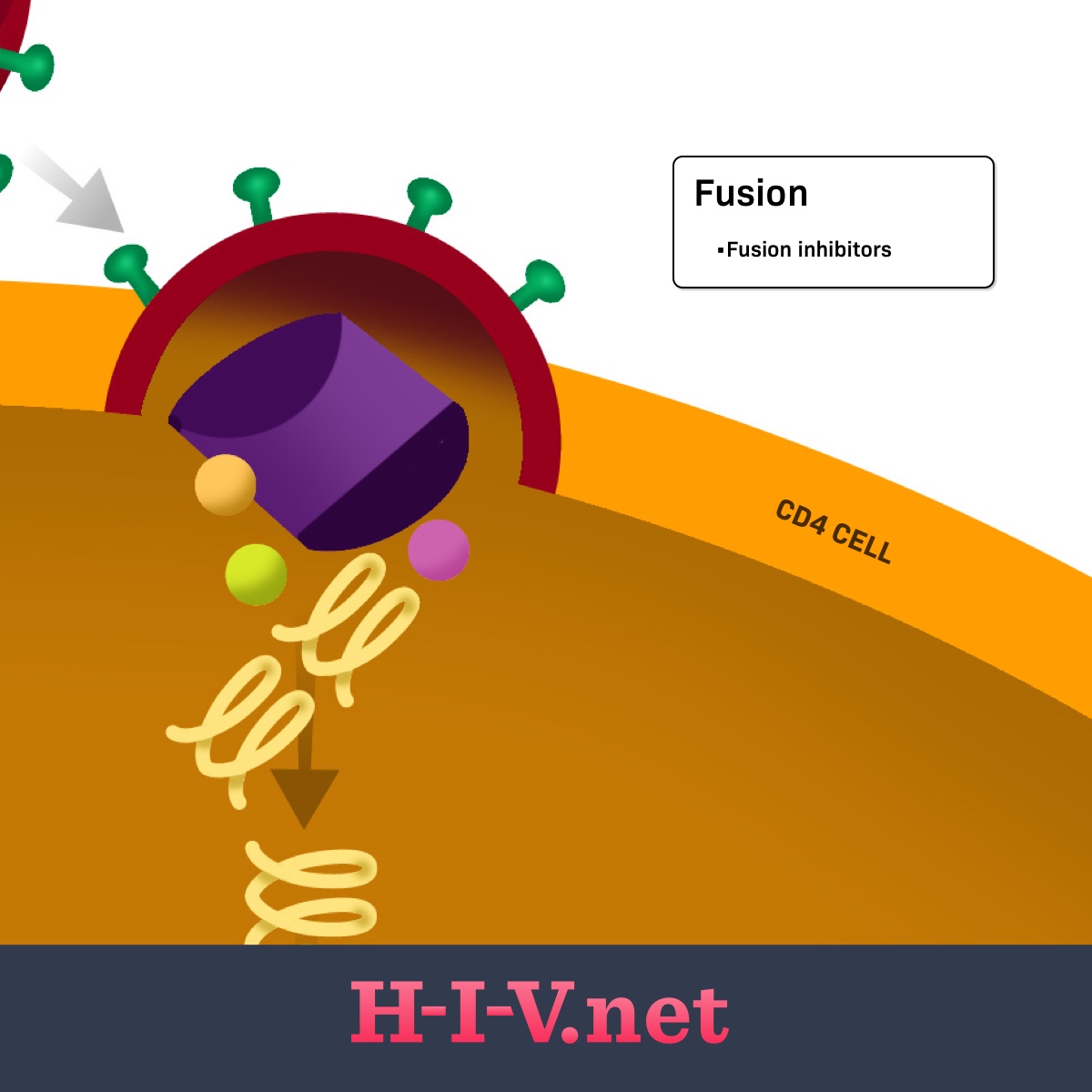 Fusion inhibitors bind to the gp41 protein on the outside of the virus. Gp41 is involved in the physical merging of the outsides of the virus and CD4 cells, allowing HIV to get inside the host cell. This blending and absorption of the virus is called fusion. By blocking gp41, the main protein involved in this process, the fusion process is prevented or inhibited. This is where this class of medications gets its name.

There are other medications that can be used to block the physical connection between HIV and CD4 cells, called CCR5 inhibitors or post-attachment inhibitors. However, fusion inhibitors are different in that they block the step after binding. When using a fusion inhibitor, an HIV virion is allowed to physically link to a CD4 cell; however, it cannot fuse with the host cell and get inside.2

The fusion inhibitor enfuvirtide is given as an injection into the skin. Injection site reactions, such as itching, swelling, redness, bruising, rash, or pain are common where the drug is administered. Enfuvirtide may also cause allergic reactions, pneumonia, and nerve issues, including numbness or burning under the skin. These are not all the possible side effects of enfuvirtide. Patients should talk to their doctor about what to expect with treatment with enfuvirtide.

Further, fusion inhibitors may cause a condition called IRIS (immune reconstitution inflammatory syndrome). IRIS occurs when an individual’s immune system gets stronger after being weak and responds aggressively to previously hidden infections. This heightened response may make the person fighting the infection feel worse.4

My Life with HIV