Viruses like HIV need human host cells to replicate. They cannot multiply on their own without human cells. When HIV particles called virions enter the body after a transmission event, the next main steps of the HIV lifecycle are as follows: 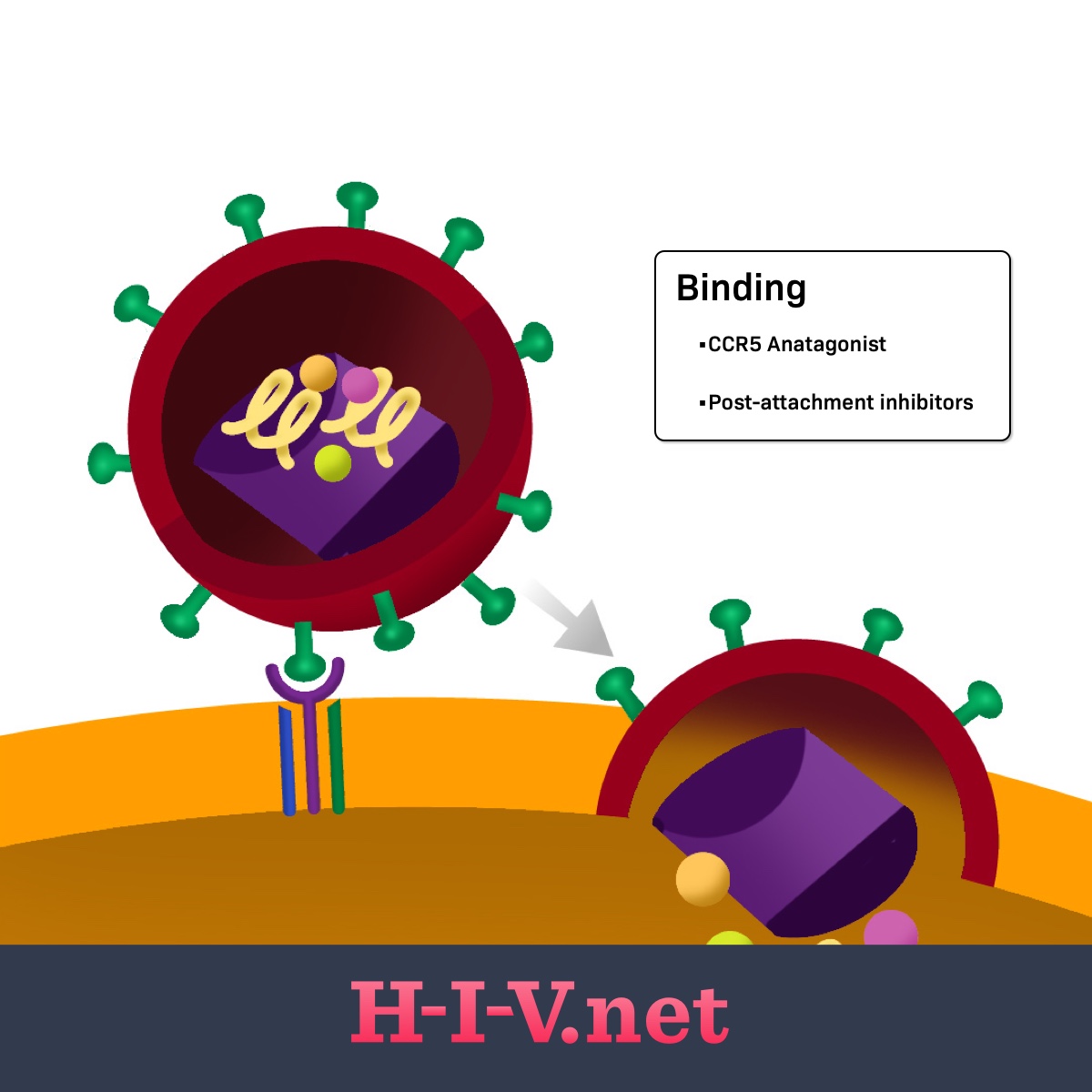 There are other medications that can be used to block the physical merging of HIV and CD4 cells called fusion inhibitors; however, post-attachment inhibitors are different in that they block the step before fusion and binding. When using a post-attachment inhibitor, an HIV virion can still, in theory, fuse with a CD4 cell. However, it has a harder time binding to the host cell in the first place.2

Things to note about post-attachment inhibitors

The post-attachment inhibitor ibalizumab may cause diarrhea or rash. Further, post-attachment inhibitors may cause a condition called IRIS (immune reconstitution inflammatory syndrome). IRIS occurs when an individual’s immune system gets stronger after being weak and responds aggressively to previously hidden infections. This heightened response may make the person fighting the infection feel worse.4