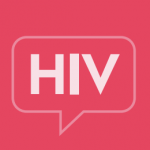 The US FDA (Food and Drug Administration) has expanded the use of two HIV medications. The expansion will now allow the drugs Pifeltro (doravirine) and Delstrigo (doravirine/lamivudine/tenofovir disoproxil fumarate) to be used by adults living with HIV who have achieved viral suppression.

Viral suppression occurs when the amount of virus in the blood (viral load) is so low that it’s not found on blood tests called viral load tests. Individuals who have achieved viral suppression are also referred to as having an undetectable viral load and have essentially no risk of transmitting the virus to others. This is often referred to as undetectable=untransmissable, or U=U.1,2

When Pifeltro and Delstrigo were originally approved in 2018, they were used for the treatment of adults who had previously never had received HIV treatment. This means they had never used another ART (antiretroviral therapy) medication. Now, this new approval means more individuals will be able to use Pifeltro and Delstrigo, including those who have previously been on other ARTs, specifically those who have been stable on another treatment regimen and who haven’t had any treatment failures (times when the HIV medication did not control the virus).

What does this FDA approval mean for people living with HIV?

This new approval is important because it provides additional treatment options to a larger amount of people living with HIV at various different stages. Now, two new options are available for those who are looking for a different treatment regimen but who have already started treatment, or who have been successful with a treatment in the past but who may need something different. Delstrigo can be used on its own as a complete treatment regimen, while Pifeltro is used in combination with other medications.

How did this FDA approval come about?

The approval was made based on the results of a clinical trial called the DRIVE-SHIFT trial. This trial had 670 individuals who were:

What were the results of the clinical trial?

In the DRIVE-SHIFT trial, participants were started on Delstrigo on either the first day of the study or six months after the study started. Overall, the study found that using these new medications in individuals who had previously achieved viral suppression was safe and effective when compared to baseline treatment regimens. Delstrigo is a combination of two NRTI medications and one NNRTI. Pifeltro is an NNRTI.

What are common side effects of the HIV medications?

The most common side effects of both medications included dizziness, nausea, headache, fatigue, diarrhea, and abdominal pain. If you think you may be interested in Pifeltro or Delstrigo, your healthcare provider can help you determine if your current and past treatment history will make it safe for you to take these medications, and if they may be beneficial for you. They will also help you determine what side effects you may be at risk for.3,4