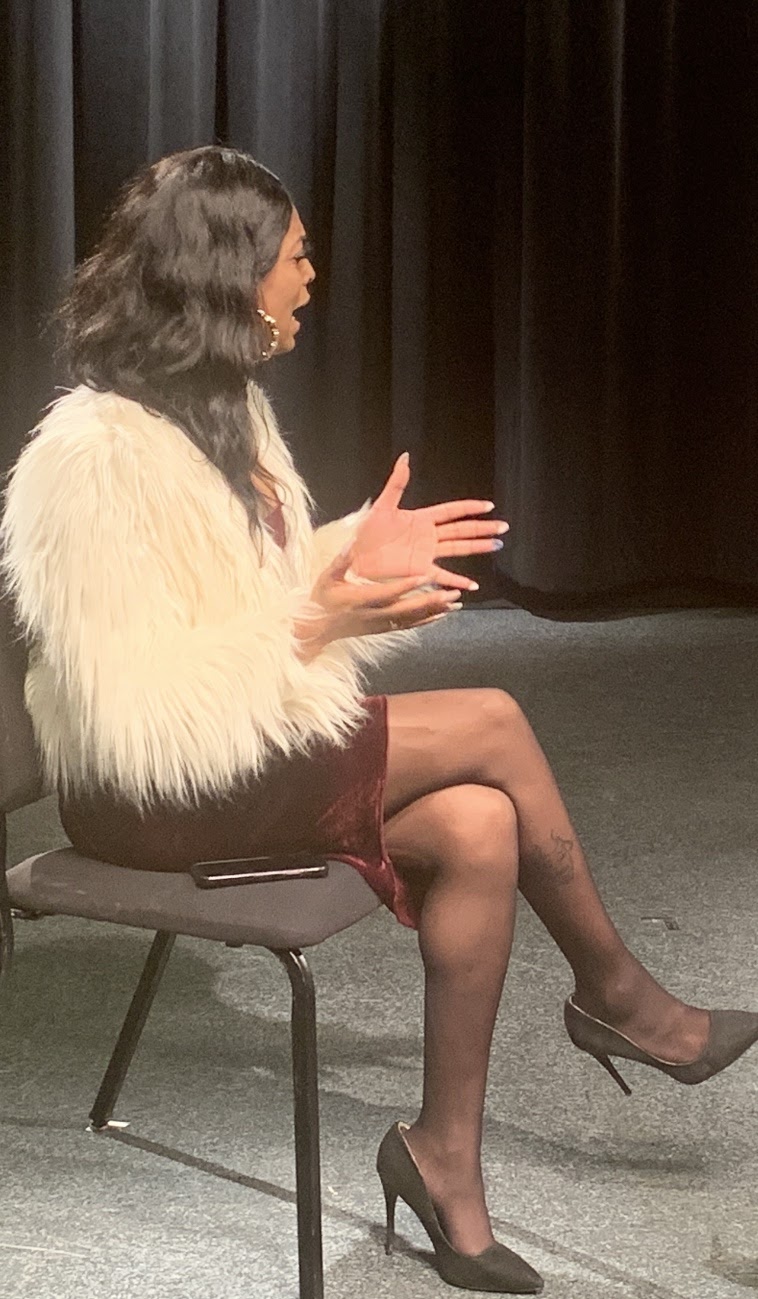 I am 26 years old, living with HIV, and know first-hand suicide-attempts, childhood rape, family neglect, child abuse, domestic violence, racial profiling, homelessness, state-sanction sexual violence, debunk-employment, and housing discrimination. I often find myself in situations where I have to avoid law enforcement because of homelessness, lack of access to medical facilities, lack of education, lack of access to wealth and banks, the gentrification of rooted black neighborhoods, bias-personal feelings, unconstitutional policing practice, harassment, profiling, and criminalization. My gender, sexual orientation, Identity and the color of my skin became my biggest hiccup, living at 20x the rate of gun violence.

I grew up in a Christian family outside of Nashville, Tennessee. I knew from an early age that I liked femme clothing and accessories. I found myself attracted to masculine traits. One morning, When I was in middle school in the 7th grade? In Algebra class, I was wearing a yellow-bow tie around my head. I thought it was the prettiest yellow bow-tie in the world. I was unaware of how problematic it is for a boy to wear feminine accessories.

My Algebra teacher, was a male, as he began to call-out students names from the attendance sheet. He finally stumbled across my name. As he looked over his reading glasses. He asked me very aggressively ” to stand in the hall.” So, I did. I had no choice. That’s when the interrogation began about my identity. I didn’t know about gay, Non-conforming, transgender, lesbian, bicurious. My teacher called my parents, streets, avenues, circles high-way, loops, allies, and roads became my home survival sex-work saved my life.

I was 13; my parents threw me out of the house I was raped, months later infected with HIV, not knowing it was a life-long illness. I was living on the streets. I needed money to eat, places to sleep, and clothes to wear. I needed to live. So I started selling sex to survive.

I eventually got a job as a private investigator in Georgia. As I begin to transition into the womxn, I am at heart. I was fired and had to go back to sex work to survive.

When I was 22 years old, I moved to New York City, looking for a supportive community and more resources for black transgender people. But again, I faced homelessness, housing, and employment discrimination, and a lack of medical care services. I spent 365 days living on the street. I spent three years in the homeless shelter system, a total of 13 different single room occupancies. Where I suffered anti-transgender, hate-crime violence, community violence, neglect, separation, segregation, oppression, and sex worker discrimination?

While living in a shelter in Manhattan, I learned about the movement to decriminalize sex work and almost immediately became an organizer and activist. While I would love to be a paid organizer and to work as a producer in this film is a beautiful experience sex work continues to pay my bills.

Click here to read all of Kiy’Ziah’s articles on H-I-V.net.