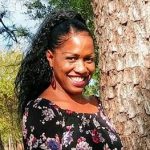 From what we all know, the epidemic that was called GRID (Gay-Related Immune Deficiency) in the early 1980s was causing deaths among gay men very rapidly. This term changed to AIDS (acquired immunodeficiency syndrome) shortly after. AIDS caused so much fear since no one knew where it came from or even how it was contracted. By the end of the 1980s, there were 337 cases in the U.S. and 130 passed away.

The start of the HIV epidemic

In 1981, they called it a cancer that was strange and aggressive, Kaposi’s Sarcoma (KS), and also saw cases of Pneumocystis Pneumonia (PCP). It was threatening the lives of men who were gay mostly in New York and California; they were also developing other opportunistic infections as well.1 By 1983, there were AIDS cases in women and hemophiliacs.

Because of all the deaths and not being heard, a group of gay men attended the gay and lesbian conference in Denver, Colorado, and spoke up for everyone living with AIDS.

The use of HIV medications

There were no medications available to treat anyone until years later in 1987. A drug that was used to treat people with cancer called AZT (azidothymidine); it was developed in the 1960s.1 AZT’s were toxic and did more harm than good for some people and killed them.2 Although it wasn’t said to be the cure, it left those who were living with this virus with some kind of hope to live just a little longer. But by 1989, there were 100,000 cases of HIV.1

In 1995, there was finally new drugs out to treat individuals. These were called protease inhibitors, (antiretroviral drugs) that had many side effects like fat redistribution which puts fat in different parts of the body, rashes, high blood sugar, diarrhea, high cholesterol, liver issues, nausea, vomiting, and cause jaundice.

Long-term survivors of the HIV epidemic

What is a long-term survivor? A long-term survivor is someone who was living with GRID/AIDS/hemophiliacs at the beginning of the epidemic, lost loved ones due to complications, or who went through hell not knowing if they would survive this plague. A baby born with the virus years ago having to deal with stigma as a child, taking medication, and is now over 20, 30 years old. Someone who lived through the toxicity of ATZs and antiretroviral therapy (protease inhibitors). Those who stood up for the rights of all of us living with this virus, something I don’t think a lot of people can even understand.

Embracing those living with HIV

To live in that era gives me so much respect for everyone who had to endure such heartbreak, discrimination, and abuse. Long-term survivors are also those who have been living with HIV for 10 years and longer.3 People’s lives have been deeply affected by so much pain and we can never change that.

But, we can embrace them with love and understanding because we don’t know exactly what they feel inside. There are some long-term survivors who are now dealing with health issues from years of taking medications. This is not something any of us asked for, but I thank God we are still here because there are a lot of people who didn’t make it.

For more information, view this link of the HIV timeline.