I Just Knew…This Was It: My HIV Story 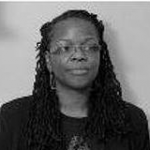 I graduated high school in 1987, already on the fast track going nowhere fast. So, I was a part of the mid 80’s-90’s crack epidemic and this hurts me now more than the diagnosis ever did.

I was raised with both parents and under very strict rules during them days. My mother had me in everything coming up from piano lessons/recitals, brownies/girl scouts, cheerleading, gymnastics. I had a well-balanced life and was well-rounded as a child. Growing up I noticed the liberty some of my childhood friends had and I wanted it too but that wouldn’t come until 16 and when I tell you it started from smoking cigarettes in the school bathroom, to spending my lunch money with my homegirl to purchase marijuanna, I thought I was doing it.

Alcohol and drug use

It soon escalated to drinking and then I witnessed someone snorting and wanted to try it. Around the end of my junior year in high school, I began dating this young fella from a neighboring city and for some reason, he stopped being so accessible and I couldn’t understand it until I was told he was smoking crack. Well, I wanted to try it and see why would this keep him away from me. It went from something casual to me indulging more frequently. I’m thinking oh I’m in here now, nobody else is doing this (like I had accomplished some great goal). It essentially got out of hand when I couldn’t afford my own habit and I started sleeping with guys to get what I wanted. Never even thinking about the consequences.

3 years into this crack habit, I realized it was not working I had to make some BIG changes. My cousin convinced me to go to job corp with her (a few states away from home). When you get there you have extensive testing on everything and an HIV test was one. I’m in class one day and over the intercom, I am asked to report to the medical building. Walking across that long field, something came to my mind… “You know you took that test”. I go in and am called to the back where I met a nurse.

The nurse took me into her office with a file in hand. She asked had I ever heard of HIV and I said yes. She said, well your test came back positive and we have to do a confirmatory test. I sat there in complete shock as she got up and walked out. No counseling, consoling, nothing. I was so numb and for as bad as I thought I was, this news took the wind out of me. Then she returns with a contract for me to sign stating I will not have any sexual relations or even have a relationship while in attendance and if I did I would be sent home and could not return.

I cried for about 3 days. I called my mother who said, “Well Bonetta I am not surprised…someone has already been saying that you had the virus.” Wait, what? How did I not know then? I had never been sick and didn’t look sick.

Finding a doctor for HIV

Well, I stayed and completed and when I returned home had to look for a doctor. Of course, that was difficult at first because most doctors stated they didn’t know much about it to treat anyone and didn’t want to for fear of losing patients if they knew he was treating people diagnosed with HIV. Eventually, I found one. My first year I continued to live like I always did because no one was talking about life changes and I thought well I’m going to die anyway. 3 years into my diagnosis, I realized look you not dying so you need to live.

I ended up getting married 4 years into my diagnosis and he was not HIV+. 2 years afterward, I had my first daughter in 1996 and then my youngest in 1999. Neither of them contracted the virus. Their father and I divorced after 11 years (he never tested positive) and I remarried in 2012 to another man that does not have HIV.

So through all this, I have been working in the HIV field for 18 yrs on the prevention and clinical sides. To include sharing my story, advocating and working to change policies. 30 years later, I’m grateful and appreciative to be living a healthy and normal life, witness my daughters become grown and able to empower, encourage and help other peers along the way.

Want to share your own story? Submit your story here!